Andy offline installer download latest version for pc. Andy emulator is available for both 32-Bit & 64-Bit windows and you can download it free here on fileforty.com

Andy emulator offline installer download which is a very popular android emulator for windows pc. It was released in 2012. The reason behind the creation of such an app was to help users run their apps and games on pc so that they don’t have to use multiple devices. 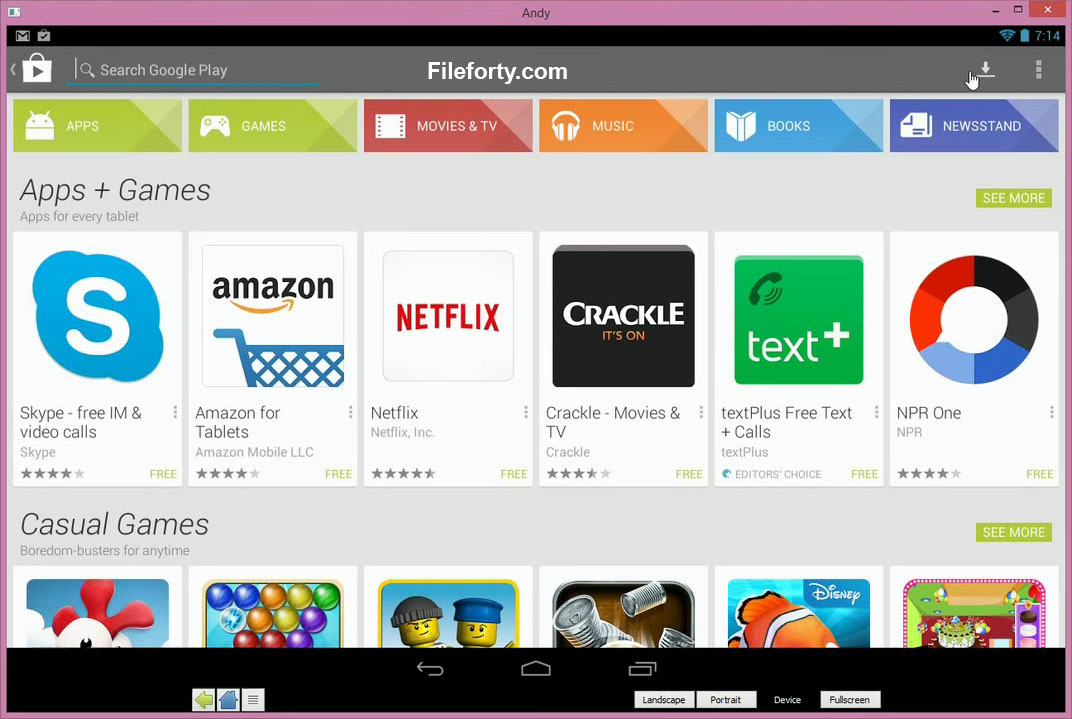 If you are aware of emulators then you surely know that android emulators enable you to play android games on your computer. Andy is a pretty old emulator and it works the same as other emulators. The user interface is designed almost the same as Android smartphones.

This emulator connects your computer with the apps inside it to show you notifications from your applications, directing launching and using the storage. The good thing about this emulator is that it directly downloads apps from any of your browsers into its engine.

Can We Play PUBG Mobile On Andy Andriod Emulator?

This question comes up on many people’s minds nowadays and the answer is that andy is an emulator that can run almost all the apps and games out there including PUBG Mobile, Cod Mobile, clash of clans and many other famous games.

To install PUBG mobile or any other game/app on andy emulator, first, you have to log in from your Google account so that you can access the play store. After that, you can simply download any game you want on andy emulator offline installer.

Andy and Bluestacks both are very popular today. The goal of both of this software is to connect pc and android or in other words, run android apps on pc.

There is not much difference if we compare these two apps. Bluestacks emulator focuses more on gaming and most of the gamers use it. Andy is an overall app and most people use it for communication or other apps like WhatsApp, Viber, etc. The purpose of both apps is to run Android apps on the computer and they both are fulfilling it perfectly